Booger Warning! The Science of Sneezing 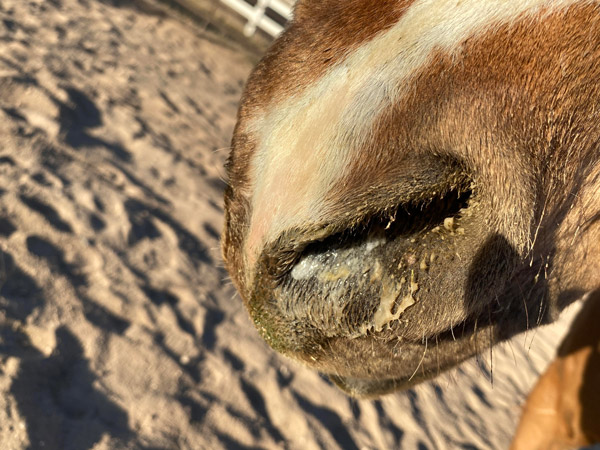 Do you think about sneezing? I mean daily. Not just when you have a cold or allergies. You probably think about sneezes when you’re in a group and trying to decide if you can hold your sneeze in, risking an eardrum explosion, or let it out and offend everyone in proximity. Well the scientist in me, propels me to think about sneezing more than the average person. Especially because of my animal companions. Get ready for a sneezy, snotty, and all-around gooey-good blog. Because we are going to explore the science of sneezing!

The Achoo of Us

Animals don’t always sneeze for the same reasons we humans do. When an irritant enters a person’s nose, the nerves activate the sneeze center in the brain stem. Messages are sent to parts of the body that need to work together and produce the sneeze action. Muscles in the chest, abdomen, and throat along with the diaphragm, build up the air pressure behind closed vocal cords. When the cords are opened, the airflow rushes up, expelling the irritant. Of course, in the case of a disease, like a cold, the air expulsion helps spread the viral particles.

Despite the physiological way in which the human body produces sneezing, it’s not human sneezing that I find interesting. Other animals’ sneezes are far more fascinating.

When a Sneeze Isn’t a Sneeze

Let’s start with iguanas, such as green iguanas, Iguana iguana, and rhinoceros rock iguanas, Cyclura cornuta. Humans excrete excess salt through our kidneys via our urine, but iguanas have to sneeze it out! You may have seen videos of marine iguanas sneezing as they bask on the rocks. Watching their bodies jump with each sneeze is amusing. Iguanas need to conserve water in their bodies, so they utilize nasal salt glands. This salt removal method is called “snalting” (sneeze and salt). The expelled salt is called “snalt.” Snalt gets over everything around iguanas. Here are a couple of examples in my house.

They can sneeze snalt amazing distances, efficiently covering walls and furniture. My printer is thoroughly encrusted in salt. One of my iguanas enjoyed sitting on my shoulder. When she felt a sneeze coming on, she would stick her nose in my ear. I know she did it on purpose. I did have clean ears from having to wash the snalt out.

The Mucus of Mammals

While my iguanas are coating my home in snalt, my horse uses me as a human handkerchief. My mare has a tumor in her sinus that produced a nasal discharge. She was constantly rubbing her head on me and using my shirt to wipe her nostril when she sneezed. I could understand her need, but still, it left me very gooey. As a result of her behavior, I thought horses sneezed for the same reasons humans do. I’m still new to horse behavior. (The good news is that her cancer treatment is going well and she no longer has the discharge.)

Yes, horses do blow or snort when an irritant gets in their noses, such as ground dust and hay dust. However, sneezing and blowing is also common behavior indicating pleasure. Horses don’t sneeze as a reflex as humans do.

I was concerned when my young gelding would sneeze during his training sessions. Was the dust of the arena getting to him? It must be very distracting for him to be dealing with sinus issues as he was being ridden. Then one day as I was watching the trainer work him, the experienced equestrian sitting next to me mentioned that his sneezing was in revolt! His sneezes were a protest! No wonder the trainer wasn’t showing any concern that he was having allergy issues. My boy doesn’t mind being ridden, he’s just very particular about how he is ridden! But sneezing as a means of expressing discontent was a new one for me. I am happy to report that when ridden appropriately, according to him, the sneezing ceases!

So I guess sneezing does help deal with irritants, even if the irritant is me! Looking for more gritty-science fun? Check out my science-based workbooks.