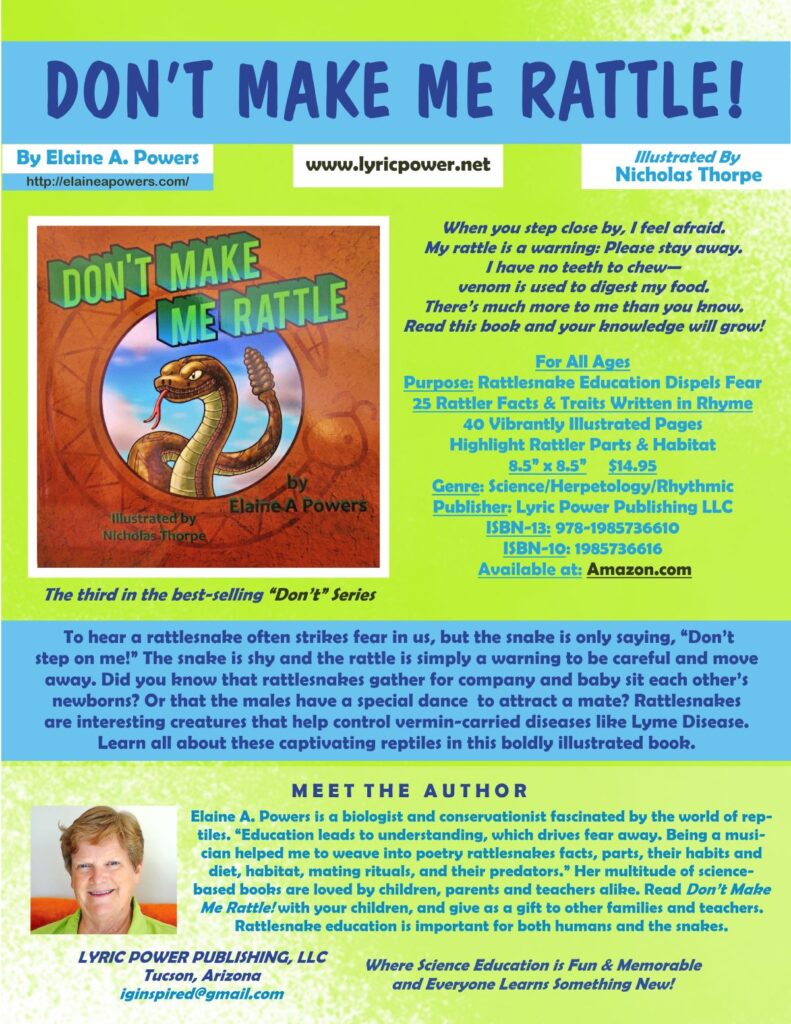 A Review of Don’t Make Me Rattle! By Helene Woodhams
Arizona Daily Star:
“A rattle from a reptile is not a welcome sound, but if it makes you tread carefully, it’s served its purpose, says Tucson author Elaine A. Powers. In a picture book chock-full of rattlesnake facts, she emphasizes the good they do (eating rodents, scattering seeds, and aiding cancer research), as she imparts interesting reptilian lore.

For instance, although toxic to those on the receiving end, venom acts like saliva for a rattlesnake, a necessary digestive aid since they lack teeth for chewing. And rattlers are surprisingly social creatures who bunk together when it’s cold–forming a ‘rhumba’ of rattlers. An unabashed rattlesnake fan, Powers bemoans how willingly we exterminate them, largely because they look so unlovable.

She gets no argument there from illustrator Nicholas Thorpe, whose threatening rattlesnake pictures, some with mouths agape and dripping venom, are undeniably scary. The third in the “Don’t” series is for kids in grades K-4.”