Having Fun with Shadows! 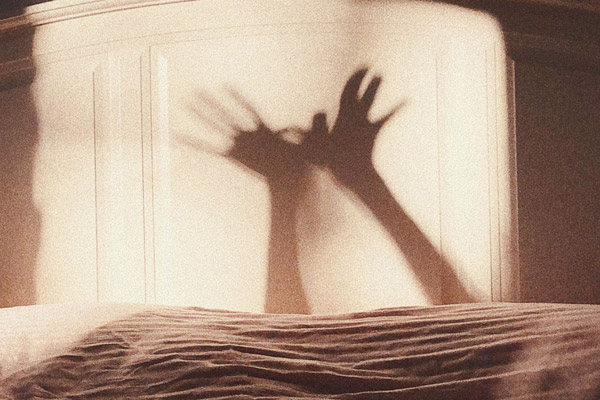 Do you enjoy shadows as much as I do? As a child, I fondly remember making shadow puppets with my family, creating animals out of our hands. My shadows were always very simple and I admired people who could make more complex animal shadows. Little did I know that shadow puppetry is an ancient form of storytelling. That makes sense, though; as long as you have a surface for a light to be pointed at, you can make shadows. Hopefully, this blog will shed some light on the shadowy business of shadows.

A Shadow by any Other Name

One of my favorite shadows is in that popular poem that I recited repeatedly as a child and, I confess, I still do today. You can’t go wrong with the poems by Robert Louis Stevenson.

I have a little shadow that goes in and out with me,

And what can be the use of him is more than I can see.

He is very, very like me from the heels up to the head;

And I see him jump before me, when I jump into my bed.

Not at all like proper children, which is always very slow;

For he sometimes shoots up taller like an India-rubber ball,

And he sometimes gets so little that there’s none of him at all.

He hasn’t got a notion of how children ought to play,

And can only make a fool of me in every sort of way.

He stays so close beside me, he’s a coward you can see;

I’d think shame to stick to nursie as that shadow sticks to me!

One morning, very early, before the sun was up,

I rose and found the shining dew on every buttercup;

But my lazy little shadow, like an arrant sleepy-head,

Had stayed at home behind me and was fast asleep in bed.

Me and My Shadows

I, too, delighted in the diversity of my shadow’s forms, and still do today. I even use shadows to examine my horse’s stride, since I can’t always determine what its feet are doing from my perch on its back. It’s so much easier when I can look at the horse’s shadow for confirmation that we’re moving correctly.

From my home in Tucson, I can see Pusch Ridge in the Santa Catalina Mountains, east of the city. When the sunsets, not only do the mountains change colors, orange to maroon, but shadows darken the indentations. These shadows give the ridge an air of harshness and mystery.

One mountain shadow near Phoenix is quite famous. From the third week of March through the third week of September, a shadow forms that looks like a mountain lion chasing a prey animal. This shadow forms in the Superstition Mountains, east of Mesa. The sun must be at the correct latitude on the western horizon to create this shadow. It’s amazing and spectacular to use one’s imagination on such a large scale. I wonder if the Native Americans enjoyed this phenomenon as much as modern people do. 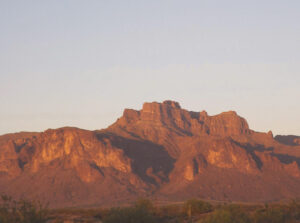 Shadows of the Wild

Shadows of trees can create a mysterious setting for a story. Moonlight on the desert’s sparsely leaved trees provides a satisfying effect. 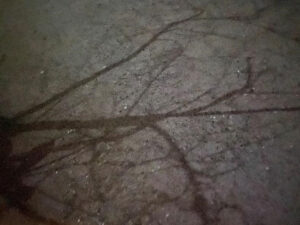 My iguanas are also involved in my shadow observations. Calliope Green Iguana’s shedding skin created an interesting pattern along her back. 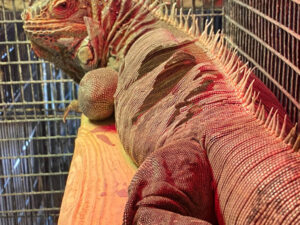 However, my rock iguana, Blue, did the best job of creating impressive shadows. The shadows of his claws are good enough for a horror movie! 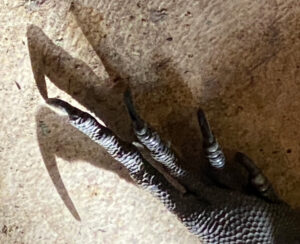 And even though he is five feet long, his body’s shadow produced a huge reptilian creature! I especially like how his spines came out, too. 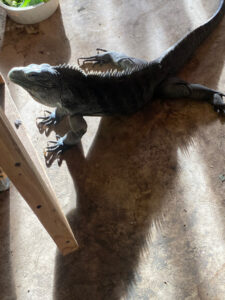 What are your favorite shadows? For me, Shadows can be useful tools, something to enjoy, or writing inspiration. I hope you’ll find something new in a shadow the next time you encounter one.