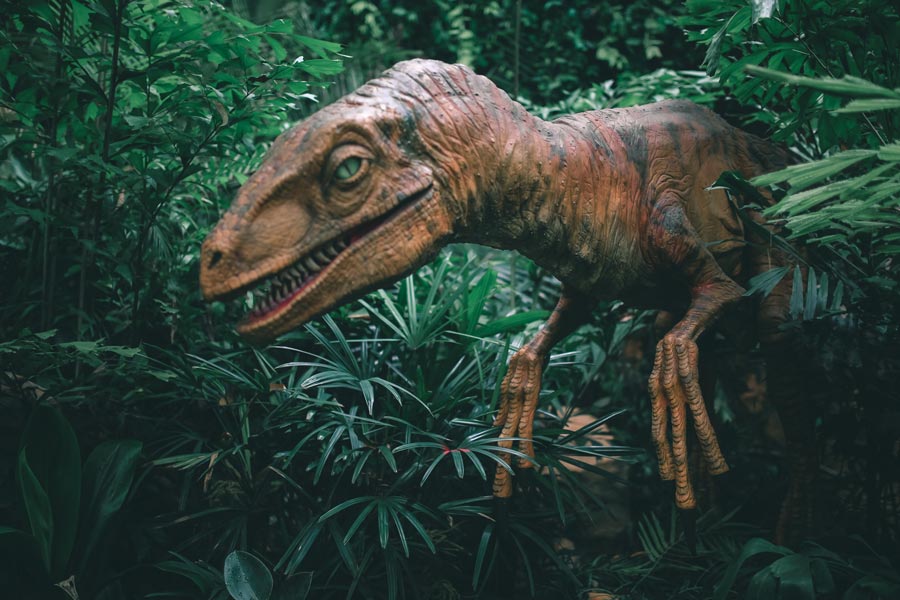 I like the Jurassic Park movie series, I mean I really like it. I enjoy watching reptiles eat well. Fresh food is important in their diet. It also helps that the dinosaur eyes and head movements are based on the real-life movements of my family members, green iguanas. The tilt of the velociraptor’s head and the eye color and shape of the T-rexes are very familiar and rather comforting. However, because of the use of their characteristics for the dinosaur portrayals, I don’t let my green iguanas watch the movies. I don’t want to give them any ideas. They are a little too intelligent to be given such ideas. But I do encourage you to give them a try, and let me tell you why.

The Science of Jurassic Park

As a researcher, I like exploring the biological techniques used in allegedly bringing these long-extinct creatures back to life. However, I did worry that the dinosaurs were not contained. At the end of one of the movies, the pterodactyls were flying along with the airplanes and helicopters. I shouted at the screen that someone needed to shoot them down…but no one did, despite the presence of military aircraft. No, they were going to let the dinosaurs fly to the mainland and continue to proliferate. Flying predatory dinosaurs!

I wasn’t surprised that the storylines evolved to include more and more interaction of people with the dinosaurs. After all, that’s what we do with interesting and exotic creatures. And we always think we can control nature and these creatures. We seek to make a profit off of them, either openly or in black markets. This happens today with modern reptile species. Poaching, smuggling, etc. are constant issues to the conservation of reptiles. (See my book Curtis Curly-tail is Lizardnapped.)

The Link to Invasives

I thoroughly enjoyed the most recent installment in this franchise Jurassic World: Dominion. Lots of raptor and T-rex activity. An unusual and fascinating side story about controlling global food supplies using prehistoric locusts was an interesting twist. Several reviews were complaining about the inclusion of the locusts, but the ramifications of such a creation should be taken very seriously. Such manipulations could, maybe not with prehistoric species, but modern ones are within the realm of possibility. Nice way to slip this in, writers.

But the philosophy expressed at the end of the movie, had me wanting to jump up and shout “no.” This was the idea that we should just accept invasives and learn to live with them. A lot of my conservation work has been in dealing with the eradication of invasive species, such as the green iguanas. I love green iguanas, but they do not need to be everywhere, destroying the ecosystems. And my most recent book, Guam: Return of the Songs, tells the story of the damage to the Guam environment from the introduction of the brown treesnake.

Of course, they showed a cute duck-sized dinosaur eating grain out of a little girl’s hand, but that doesn’t mean they should be there! Invasive species should not be accepted. Our very survival depends on a functioning environment.

Invasives impact our lives every day, from our neighborhoods to our food supply, at a cost of billions of dollars in the US each year, and trillions of dollars worldwide. The movie contends that the invasives are here to stay. After all, Nature will find a way. Consequently, humans can no longer pretend they are in charge, so we must co-exist. I disagree, we must continue the battle against invasives, whether they be actual plants and animals or fictitious dinosaurs.