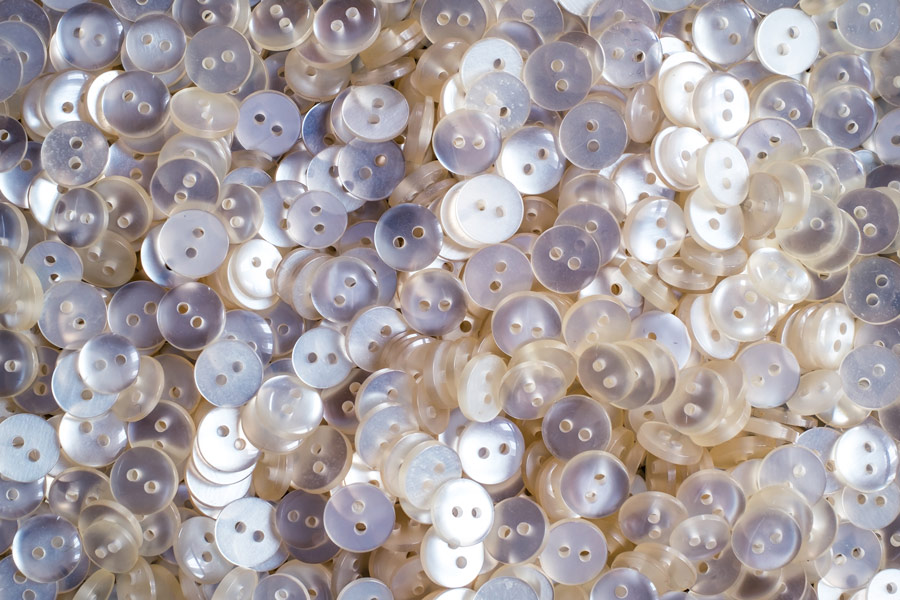 November 16th is National Button Day. What do you think of when you hear the word “button?” Do images of the many colors, diversely shaped garment fasteners come to mind? I remember selecting colors and shapes to add interest to my clothes. Then there’s the time spent searching through the massive collection that my mother had amassed over the years to find one that matched, or came close, to matching a missing one. But there is more to that word than one would expect. Join me as I explore more about buttons and share all about my favorite Button!

I had never thought that much about buttons as a child, until my father mentioned harvesting freshwater mussels from the Illinois River to make buttons. In fact, it was quite the lucrative business in the area. The mussels’ shells were punched to create disks that were polished to reveal the shiny nacre, otherwise known as mother of pearl. Unfortunately, this industry led to the demise of many of the mussel populations. The loss of these water filtering mollusks increased the degradation of the river’s water quality. I tried to find the species names for the mussels involved in the button manufacture and could only find a few. Mentioned are yellow sandshells, pistolgrips, ebonyshells and the drilled threeridge mussel (Amblema plicata).

Or perhaps, your mind wandered to the phrases “cute as a button” or “to push my buttons.” Did you ever wonder where the phrase “cute as a button” came from? If someone was cute, you were saying they were clever or intelligent. Certainly, a compliment. But how does that relate to a button sewn on clothing?

The “button” in the phrase probably actually referred to a flower bud, which are attractive. The tip of a rattlesnake tail when it’s born is also called a button. The rattler can’t rattle until its first shed, when the first keratin segment is added. But I don’t think the phrase originators were thinking of a rattlesnake when they came up with “cute as a button,” although I do think they are cute.

The phrase “to push my buttons” refers to intentionally making someone angry. How it evolved from household appliances going electric and “push button,” I’m not really sure.

Before Button, I never really liked horses. I like all animals and plants as a biologist, but reptiles have always been my thing. I had no interest in “owning” dogs and cats, which was enhanced by my allergies to them.But from the first time I climbed on Button’s back, we had a special connection. Given a choice of lesson horses, I always chose Button. Apparently, Button felt it too, since she chose me as her preferred human. I’m sure that rankled her owner, my trainer, at the time. When her owner’s life took a significant change, I was offered Button as my own and I took her. I really knew nothing about caring for a horse and the next few years were a rapid course in horse care, disease, attitude and how to ride! I’ve learned a lot. 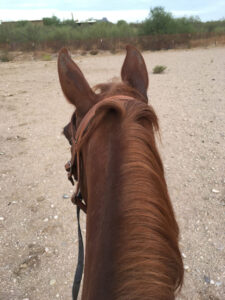 Button is a gorgeous copper-colored chestnut with a flowing mane. With her seeming calm manner, she is definitely “cute as a button.” And with the attitude of a dominant mare, the stereotypical red-headed mare who feels she should be in charge, she can definitely “push my buttons.”

With age and the advancement of a non-operable tumor, Button has retired from riding. But we still take walks together and we still talk and share views of our world. Okay, I do the talking, but she communicates quite well.

On November 16, when the intent is to celebrate the world of buttons produced for clothing, I will be celebrating Button who brought such a wondrous change into my life. If you are interested in learning more about Button read my previous blog all about her on the Lyric Publishing website.