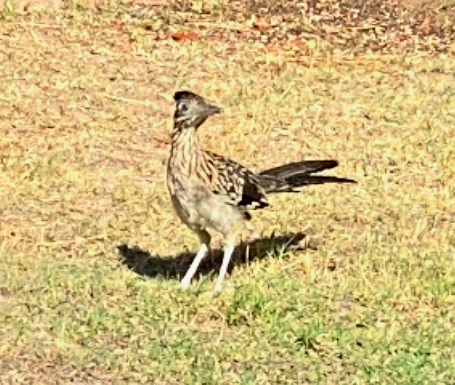 This guy, Roadrunner Geococcyx californianus, and his species inspired my book, Don’t Make Me Fly!

September 4 is National Wildlife Day.  As a biologist, I love wildlife, whether it is in my backyard or at some distant exotic location. Wildlife Day was established to remind us about endangered animals, locally and around the world.

This is also the day to recognize the work being done on behalf of these animals, both in preservation and education about them. I do my part for conservation through my volunteering as a citizen scientist, talks I give, the books I write about animals, and supplemental, educational workbooks that teach about animals in a fun way.

I love to talk about and share my reptiles with people and I hope my tales that weave science into animal escapades and picture books educate children and adults alike. Sometimes my message is subtle, such as in stories featuring curly-tail lizards and their environments and plights, and sometimes it’s more direct, such as in Silent Rocks about the disappearing rock iguanas on Cayman Brac.

While you are contemplating how you can help the endangered animals of the world, get outside and enjoy the wildlife in your neighborhood. With habitat loss and climate change, some may be more endangered than you realize.

I hope you enjoy these pictures of some of my neighbors.

If you want to read more about these Sonoran Desert critters, I suggest How Not to Photograph a Hummingbird, which is a fun story about the desert conspiring against a photographer—I just can’t help myself—I am, at heart, a murder-mystery writer. (It was a curly-tail lizard who started my career as a children’s science book writer.) I am still working on those murder-mysteries, however!

There’s a glossary in the back of How Not to Photograph a Hummingbird with the scientific details about the mischievous conspirators. I love making science education fun! 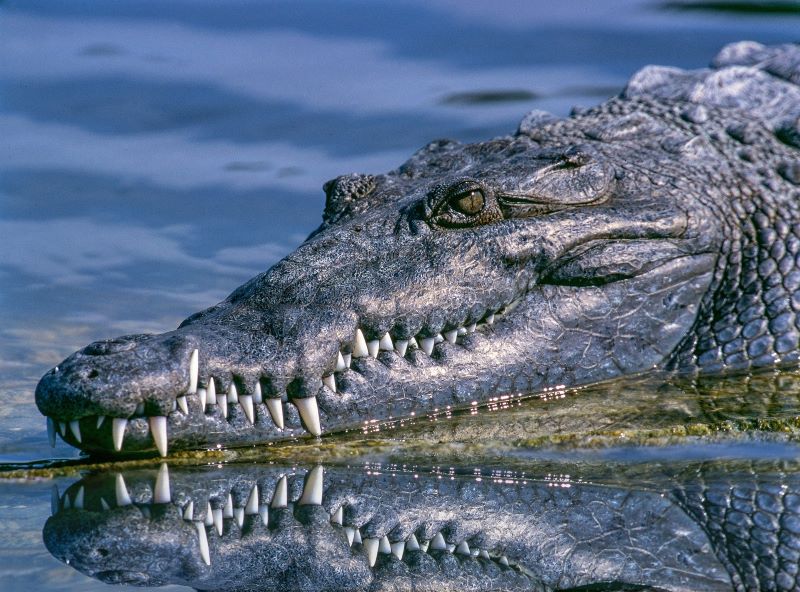 As a science book writer, I am asked to speak at schools and libraries about my favorite subject: reptiles. I often use props to help people visualize the facts I present. For instance, an iguana egg is about the size of a marshmallow. So, I bring a bag of marshmallows to use and, when allowed, for the kids to eat. The last time I spoke, one bag didn’t get used and the soft puffs got hard. These hard marshmallows brought back a memory from my childhood involving alligators on Sanibel Island, FL.

When I was a child, people in the park gathered at a bridge to feed marshmallows to the local gators. It was not well understood then how we were affecting the local alligators’ behavior. We know now how bad it is to feed wild animals. Not only is the food not good for them, they lose their fear of people and become “problem” animals. Simply relocating them doesn’t usually work, because they are plopped down in the middle of another’s territory and a moved individual can be killed by its own kind already there.

But back to my story about feeding marshmallows to alligators. The only marshmallows Mom could find in the trailer was a forgotten bag way back on a shelf. The usually fluffy confections were rock hard. But we were going to throw them in the water and gators have a bite strength of 2125 pounds per square inch, so a hard marshmallow should be no problem, right? I soon joined the other feeders tossing the treats into the water. Their marshmallows bobbed until a gator stealthily approached, snatched it rapidly, submerged, and re-emerged a short distance away, waiting for the next one. Several gators took turns gobbling down the sugary snacks.

Until they got to my marshmallows. A gator approached, quickly bit down on one and submerged.  Suddenly, the water erupted with thrashing. The marshmallow was released . . . unscathed. The gator swam away. This happened again and again until all the gators failed at damaging my marshmallows and swam away in disgust. The other people looked at me angrily. I had driven all the alligators away, leaving only my hardened marshmallows bobbing in the gently moving water.

I like to think that in my unintentional way, my disgusting marshmallows helped prevent a few alligators from becoming “problem” animals.

I guess I was a conservationist even back then.

I hope you will check out my books on the subject of Conservation. I love to make science books fun–it is a part of who I am–but conservation is a subject deserving of both our respect and action. Saving endangered species and looking out for all life on the only planet we and they have is up to all of us.