The Need to Feed 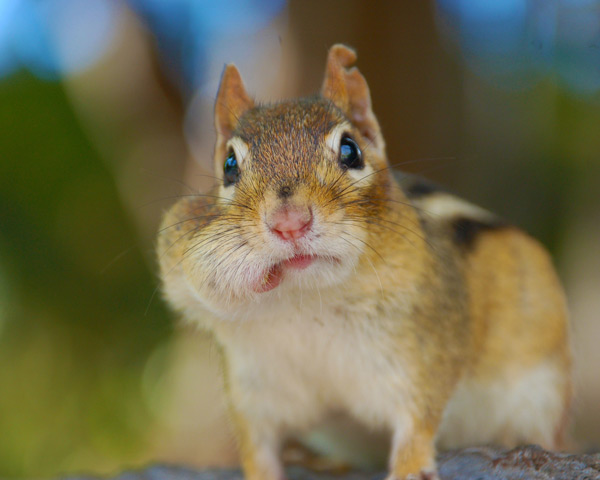 An author friend of mine recently wrote a blog for my publisher, Lyric Power Publishing. She described how she, a girl who grew up on the cement streets of Manhattan, became enamored of a couple of native Desert Spiny lizards. A local informed her that she could feed the lizards mealworms. So, every day she offers the lizards a couple of worms, which they eagerly eat. However, this tale has led to a discussion about whether people should be feeding wild animals.

To Feed or Not to Feed?

This is an interesting, but tricky, topic. Do we condemn my friend for offering an acceptable food item to a lizard, when many of us have bird feeders around our homes? I am pleased that migrating bats utilize my hummingbird feeders to support their flight south. One bat species has changed its behavior to come north to feed before heading south again for migration. How about offering floating turtle food pellets in park ponds, when many people, unfortunately, feed bread to ducks? Some people put out corn for the neighborhood squirrels. These are all examples of feeding wild animals. Why are some acceptable and others not? The answer isn’t always straightforward.

During the pandemic, many people turned to the wild animals to maintain their sanity, using food to attract them, usually birds, to within viewing range. This enjoyment might lead to concern for the well-being of the animals and increase participation in conservation.

Many of our social activities involve the sharing of food. Humans seem to enjoy watching other animals eat and becoming part of their world by offering food items to other species. When companion animals eat heartily, we’re assured that they are healthy and happy. I admit, one of the pleasures I get from the Jurassic Park movies is watching the dinosaurs eat well.

It’s Not a New Discussion

Many people are against bird feeders. Others think it will help the local birds, even if it won’t significantly enhance the general population. Sometimes, diseases are spread through bird feeders, but with our destruction of the natural habitat, humans have reduced the abundance of natural food. Providing food might help since mankind has reduced what’s available naturally, right? It’s a complex situation. And in reality, people won’t try to protect animals that aren’t important to them.

The advice that has been given is: do not feed wild animals when it might cause them harm.

When NOT to Feed

How do we know if we are harming them? Are we tempting them from natural food with tastier human food that has no nutritional value? Are we changing their behaviors? Are we affecting their health?

Human-wildlife interaction has become an important topic in The Bahamas, concerning their endemic rock iguanas and tour operators. How do you balance the needs of the iguanas with the need of Bahamians to earn a living? The tour operators take day-trippers out to see the magnificent lizards, but just looking at them and taking photos is not enough. The tourists want to interact, i.e., feed the iguanas. Early on, people would feed whatever leftover food they had onboard their boats, potato chips, etc. After discussions with the scientists, they agreed to offer food closer to natural food, often grapes. But throwing the grapes on the sand, led to the ingestion of sand and caused impaction, resulting in the death of the iguanas. After further discussion, it was agreed that the grapes would be put on sticks, like roasting marshmallows. An improvement. It’s true that grapes aren’t a natural food and have high sugar content, but it’s an improvement. Effects on iguana health have been noted, so more work is needed. Discussions are ongoing to develop protocols that allow the tour operators to conduct their tours with wild iguana feeding while minimizing the effects on the iguana populations.

Along with impacting the iguanas’ health, the tourist’s feeding has changed their behavior. When the boats arrive, the iguanas, mostly males, run down to the beach to get the handouts. This is another factor to be discussed. You might have seen the YouTube video about the woman doing yoga on a beach being bitten by an iguana. Her nail polish was grape-colored. It’s dangerous to wear fruit-colored toenail polish as well. Iguanas have color vision! In addition, they have razor-sharp teeth for biting through fibrous plant material.

The One Thing to Remember

In conclusion, it would be hypocritical of me to condemn all feeding of wild animals. My yard is filled with various bird feeders. I do ask that if you do feed your neighborhood wild animals, do it responsibly with knowledge of the possible risks.