This Blog is Popping! 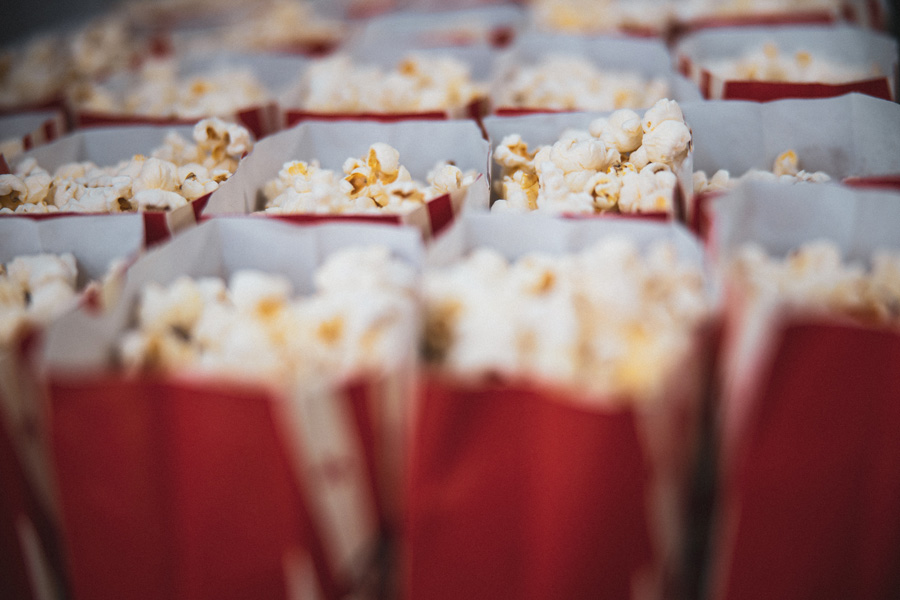 What food do you put down when a survey asks for your favorite food? I always put down popcorn! I love popcorn. I love the flavor, the crunchiness, and the childhood memories it brings. My father’s favorite snack was popcorn cooked with bacon grease. Many years later, I read a survey of popcorn produced in New York City that declared the best-tasting popcorn is made with bacon grease! I could have told them that. As you can see, popcorn has a special place in my heart. This is why I’ve dedicated this blog to my favorite popping snack.

The Magic of Popcorn

It’s magical how applying a little heat makes the small kernels explode into a fluffy white flower-like ball. No matter the color of the kernel, all popped popcorn is white fluffiness. Popcorn contains 15% water and is the only corn that pops. When the internal pressure from steam is too great for the shell, the innards explode, inflate and turn the kernel inside out. How great it is to have food that is both tasty and entertaining.

My father would make big batches that he first put in a big roasting pan, then transferred to large paper bags. I still use his pan, but mine never lasts long enough to make it into a paper bag. Occasionally, I’ll keep some in a plastic storage container, but it doesn’t last very long. I can eat it every day!

Apparently, I’m not the only person who loves popcorn, since there is National Popcorn Day on January 19. Popcorn can be prepared in many ways: plain (my preference), buttered (sometimes), sweet, savory, mixed and molded into a ball, or tossed with nuts and chocolate. So many choices of flavoring, if you feel the need for flavor enhancement. I even add it to soup instead of crackers. Popcorn is a good source of roughage, too! However, my dental hygienist did complain about having to pull pieces out of my gums.

The History of Popcorn

Americans consume 13 billion quarts of popcorn a year! It’s not surprising that the US consumes the greatest amount of popcorn in the world. After all, it is a local crop. The Old English term “corn” referred to the most prominent grain grown in a region. When Native Americans shared their most common grain, maize, calling it corn was their obvious term to use. Popcorn is a special kind of corn.

Maize has been cultivated for a long time. In the 16th century, Aztecs used popcorn in the worship of their god, Tlaloc, the god of maize and fertility.

In the mid-1800s, popcorn gained popularity in the US. Popcorn became part of American culture, when Louise Ruckheim added peanuts and molasses, creating Cracker Jack. The iconic snack was immortalized by Jack Norworth and Albert Von Tilzer Jack in their baseball song, Take Me Out to the Ball Game!

Even today, popcorn it’s a given to be sold in any movie theater. Popcorn is the perfect long-lasting snack to consume while enjoying visual entertainment. A bowl/bag/tub of popcorn can be consumed alone or shared with a friend.

Perhaps, some of your first cooking, like mine, either on the stove or a campfire as a child involved the disposable frying pans of popcorn kernels – Jiffy Pop. No dishes to clean up afterward. You can still buy it!

With the invention of the microwave, it’s obvious that microwaveable popcorn would be developed. In fact, Percy Spencer used popcorn in the experiments during the initial microwave experiments. Today you can use microwaves, hot air, or the traditional oil/grease to cause the water within the kernel to turn to steam and burst open the kernel.

The creators of National Popcorn Day encourage us to pop some popcorn, share it with friends and then post photos of it on social media using #NationalPopcornDay. Popcorn has been honored with a national day since 1988, perhaps longer. What a tasty way to celebrate one of the most important foods! Now, go pop some popcorn and dig into your favorite book or grab one of my science-based workbooks.