All About Bats: A Citizen Scientist Update 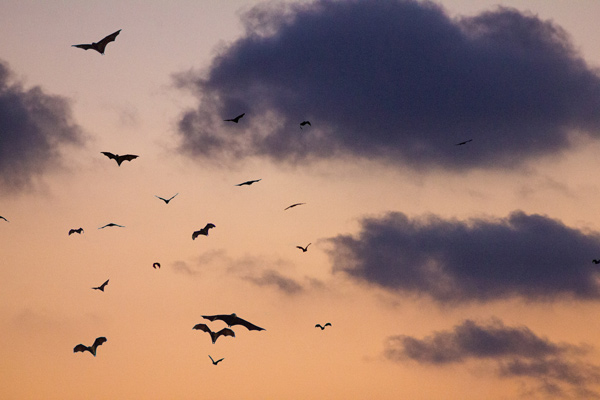 Last year, I wrote about the bat survey I’m taking part in. Researchers at Texas Christian University are studying the usage of pools by desert-dwelling bats. I live in Oro Valley, Arizona, in the Sonoran Desert. And I have a pool in my backyard. Both make me a perfect candidate for this citizen scientist endeavor. It’s been one year since I signed up and here is what I have found.

A “Bat” of Info on the Survey

To identify the bats that stop by my pool I had to install a bit of technology. The scientists detect the bats through an ultrasonic microphone that records their calls. They use reference recordings of the different species expected in various areas. Once I have collected enough recordings, a student from the university identifies the bats heard on them.

I’ve been amazed and delighted with the number of recordings I’ve been obtaining at my pool. I find it interesting that when it rains, the bats are particularly talkative.

Can you guess how many different species of bats were detected in my backyard this past year? I suspected I had at least 4 bat species around my pool, based on personal observations. Usually, I have small bats flitting about, frequently coming down to the pool surface. Once or twice, I’ve seen a few slightly bigger bats, but it was hard to precisely determine the size because they fly sooo fast. A special treat was when the BIG bats showed up. Recently, three of them even joined me in the pool. Their sharp triangular wings were incredible.

The researchers were busy analyzing all the recordings from the various locations around Tucson, so it wasn’t until recently that they were able to provide tentative results. They sent us a list of the bat species tentatively identified at each of our pools. I had 21 species of bats! 21!! I’m astounded.

I don’t know how many times each of the species were at my house, so expect another update. Most of the locations around Tucson had the same species of bats. One of them had an extra one, a spotted bat. I hope this species wanders up to my house.

Of the seventy bat species found in the Sonoran Desert, eighteen have been found in the Tucson area. So, which of them flies above my house?

I’ve suspected the big bat I’ve seen is the greater mastiff bat, but that’s only my uneducated guess. However, this species is on the list, so maybe my guess was right. Or it might be a big brown bat.

Another of my guesses is that the little ones I see most often are canyon bats. They are the smallest bats in North America. They are known for coming out early in the evening, which makes them easier to see. I’ve even got photos of them…kind of. 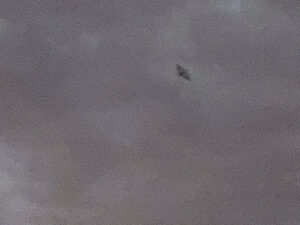 Most of the bats found in this study are insectivores, but a few are nectar drinkers. This leads to the question of whether these bats are showing up for the hummingbird feeders or the water in the pool.

Knowing which species are present is wonderful, but there are so many more questions. How often did each species visit? Did they come at specific periods, such as only in July, or were they around for many months? What time of night were they active and for how long? The little bats seem to visit just at sunset and then fly off or is it that I just couldn’t see them anymore in the dark – they are small? How many of each species visited, one or many?

I hope to have this information for a future blog. However, I was so excited by the number of bat species that I had to share this early information.

By the way, the researchers at TCU are rather jealous. They only have four species of bats in their area. Maybe the diversity of bats in the Tucson area is why they are so popular. One of the famous activities here is going to the larger bridges over the washes and watching the Mexican free-tailed bats emerge at sunset. According to the list, I can do my own observations right in my backyard. I’ll also look a bit more carefully at those bats around my pool. Maybe I’ll be able to definitively identify these amazing animals who share my pool with me.

If you know any budding young bat scientists, I highly recommend My Book About Bats and Rats, a fun and educational workbook that focuses on the Caribbean Fruit Bat.