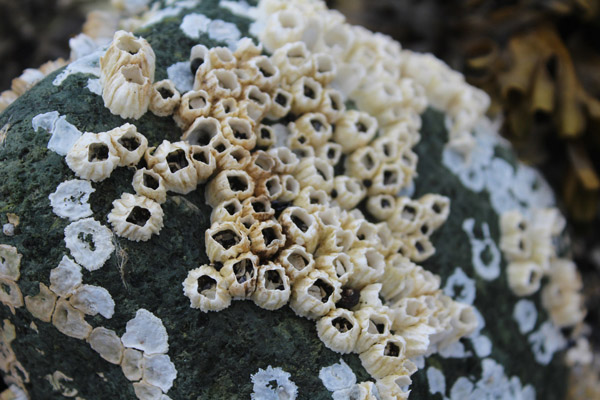 Recently, while on vacation in Florida, I listened to a lecture on compelling storytelling. It’s an important topic for me, and something I strive to accomplish. The speaker asserted that to attract a reader’s interest, a protagonist’s backstory is essential. After all, their actions and reactions are directly related to their past. It was an interesting premise, as many writing courses discourage backstories; they advise using them sparingly and only when necessary. Yet the lecture I was listening to stated that when a backstory is fully shared, the reader is engrained in the protagonist’s life. Even more, those readers want that internal story.

Backstories and My Characters

To be honest, I hadn’t considered much about the backstories of my characters, but the concept does make sense. It also explains why some of my beta readers are highly interested in the personal aspects of my protagonists, yet say the stories need more umph.

Later, I strolled along the beach pondering the concept while waves from a passing storm crashed against the sand. As one receded, it revealed a very nice lightning whelk shell, Sinistrofulgur perversum. The shell was about 6 inches long, intact, and still quite colorful. The mollusk who created the shell was long dead, as an oyster had grown on the inside. I picked up the shell, thinking it might be a keeper, but noticed the barnacles attached to the outside of the shell. 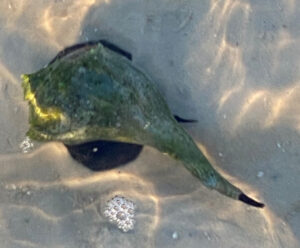 For our long-term desert dwellers, barnacles aren’t mineral deposits; they’re live crustaceans, Balanus amphitrite nivens. Even so, most people don’t care about barnacles, and the internet is full of instructions on how to remove barnacles from shells without damaging the seashell. Inevitably, the barnacles are killed in the process. I didn’t want the barnacles to die because of me, so I hurled the Whelk as far as I could into the waves. Why would I concern myself with barnacles, when countless others don’t? It has to do with my backstory.

Growing up, my brothers had pets. Mostly they were snakes who lived in terrariums kept on top of the TV set. (Back then, TV starter mechanisms kept the tops of TVs warm.) I liked the snakes, as long as my brothers held the worms they ate, but didn’t have a pet of my own until one year when it was time for school science projects. My project: barnacles and artificial saltwater.

I’d always loved the ocean and especially enjoyed watching the barnacles attached to the tree roots, seawalls, and rocks. It was fun to see them extend their legs and sift out morsels from the passing currents. Since I lived in central Illinois, I wasn’t able to visit them as much as I liked. At that point, artificial saltwater was a new concept; a company had only recently developed sea salt crystals for use in saltwater aquaria. Before that, ocean water had to be collected and filtered, so an artificial method for creating seawater was a breakthrough.

My science project centered around artificial saltwater and whether it could keep barnacles alive in an aquarium. To set up my experiment I selected barnacles from a beach in southwest Florida, placed them in the saltwater, and took them home to central Illinois. The barnacles survived for many months and were even photographed for the local newspaper. One of the barnacles was very helpful and extended its legs for the photographer at just the right time! Several of the barnacles were particularly active, and they received names. Sadly, they all died a few months later. Even though I’d provided the correct saltwater, I wasn’t able to fully meet their dietary needs.

That’s why, nearly fifty years later, when I had the choice of taking home a ‘dead’ seashell that had been colonized by live barnacles, I instead returned it and the barnacles to their rightful habitat. I hope they thrive.

It seems the backstory lecturer was correct. A person’s past does impact both their behavior and future actions. Live long and prosper, barnacles!