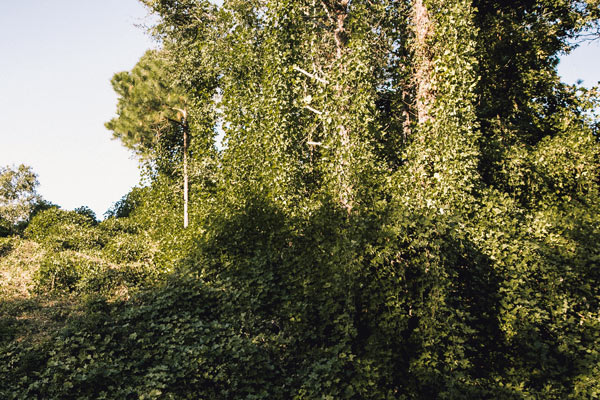 This year, National Invasive Species Awareness Week was from February 28th through March 3rd. It always begins on the last Monday of February. If you’re reading this outside of that particular week, it’s okay. The knowledge and prevention of invasive species are important enough to consider every week. Read on to learn more about why you should care about invasive species despite the day, week, month, or year.

What Is An Invasive Species?

An invasive species is any non-native plant, animal, or microorganism that proliferates in areas outside of its native ecosystem. It can be either on land or in the water. Also known as invasives, these organisms can harm the environment, human health, and the economy.

Get to Know Some Invasives

I’ve talked about animals, such as the green iguanas and spiny-tail iguanas as invasive species, but there are soooo many more. In the US, there are more than 6,500 non-native plants and animals. Some are so common that you might think they are native because they seem to always be around. For this blog, I want to talk about a few particular invasive plants. These plants were introduced to non-native environments for a variety of reasons. Sometimes intentionally, and sometimes they are accidentally released.

The Purple Loosestrife (Lythrum salicaria) and Brazilian pepper (Schinus terebinthifolia) were both introduced because they’re attractive. I admit, I enjoyed the purple flowers of the loosestrife as I kayaked the rivers of Michigan and New Jersey. However, it did strike me as odd that it was spread out so extensively. That’s what invasives do, they out-compete the native plants. 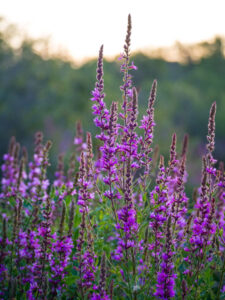 I spend a great deal of time in Florida. Many Floridians would tell me about the gorgeous bushy tree they had in their yards, the Brazilian pepper or Florida holly as it’s called locally. The leaves and red berries are often used in holiday decorations. However, this non-native plant very successfully forced native plants out of the area. I spent two summers working to remove them from the J.N. Ding Darling National Wildlife Refuge. The roots had to be destroyed because the plant would regrow if any were left alive. In addition, when the berries ripened and fermented, birds would eat them and become drunk. No matter how humorous the birds look hanging upside down and singing, this is very dangerous for them. 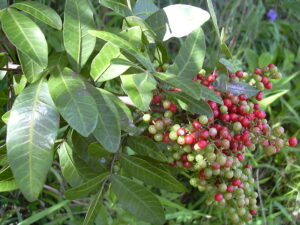 The Dangers of Invasive Species

Even though invasive animal species get the most attention, plants can be dangerous, too. Just how dangerous? If you’ve ever seen kudzu, (Pueraria lobata) grow, you know how destructive plants can be. Kudzu is known as the “plant that ate the South.” Originally planted to help with ground erosion control, it spread over trees, vehicles, and even buildings. Kudzu can grow up to a foot a day. Yes, you can really watch this plant grow. 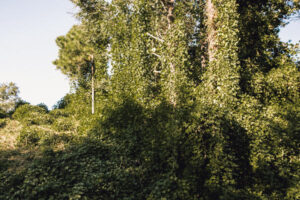 Then there’s the symbol of the desert West, the humble tumbleweed (Kali tragus). Nothing says desolation in a show than a tumbleweed blowing across the dusty ground. But tumbleweed seeds came from Russia. The portion of the plant that is seen rolling along the ground is the seed dispersal unit. Unfortunately, the seemingly harmless balls of rolling branches actually cause significant losses through traffic accidents, invasion of agricultural operations, and property damage!

I was surprised to learn that the multiflora rose (Rosa multiflora) is invasive. My neighbors in New Jersey had a glorious hedge of multiflora rose on top of their backyard fence. I enjoyed the aroma and multitude of flowers. Little did I know how well the rose out-competed the native understory plants. 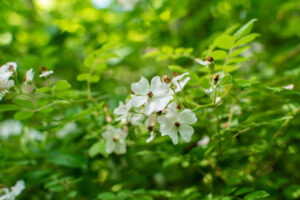 Invasive species and conservation of native plants and animals is a worldwide issue. Learn some ways locals are protecting wildlife in the Cayman Islands or some of the native species found in North America with my fun and interactive workbooks! You can find them all here.