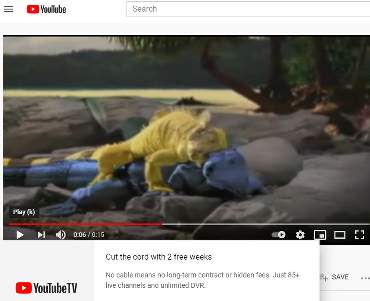 With the pandemic, my reptile talks have moved to video, instead of live, presentations. I talk about reptiles every Thursday afternoon at 3:00 p.m. MST at my Facebook page, Elaine Powers. I hope you’ll join me tomorrow for my Reptile-Side Chat, when the green iguanas and I talk about color, chromatophores, and so much more! C’mon–it’ll be fun! Bring the kids–they’ll really enjoy the iguanas.

I’m discovering that some of my reptiles are not thrilled with new technology. I was surprised that Blue Rock Iguana, the star of my in-person talks, did not have any patience with being viewed over my laptop! Usually, he stays still as I hold him for everyone to see.  Not in front of the computer! He had no patience and had had enough of  being held after a few moments. I did get some impressive scratches upon his departure.

Calliope Green Iguana wasn’t old enough or big enough for me to take along on talks in 2019 and early 2020.  However, she has grown nicely over the past year and is now an excellent size for talks. Even though she happily rides around on my shoulder at home and, as my writing muse, she is delighted to watch me write, she was not willing to be used for a demonstration during my talk. I hope she reconsiders her behavior, since I plan on using her in future talks.

I do have experience with green iguanas in performance. Two of my iguanas were featured in a television commercial for Corazon Tequila.

The two iguanas who made it on screen were Jubby (blue) and Algae (yellow). However, four iguanas were taken for the shoot, because I didn’t know who would cooperate. The large male, Jimmy, was a disaster (as I suspected he would be, but the director had liked his looks). I was surprised that Noel had no interest, but Jubby and Algae and turned out to be regular hams. They endured take after take, for three hours! They were filmed from a variety of directions, since the director was intrigued by their performances. This resulted in a fifteen second commercial. I was amused that my iguanas had an acting agent, but I, an actor and script writer, did not!

Here are Algae and Noel. 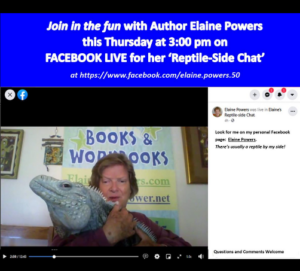 I hope you’ll join me tomorrow on Facebook as the greens and I talk about iguanas.