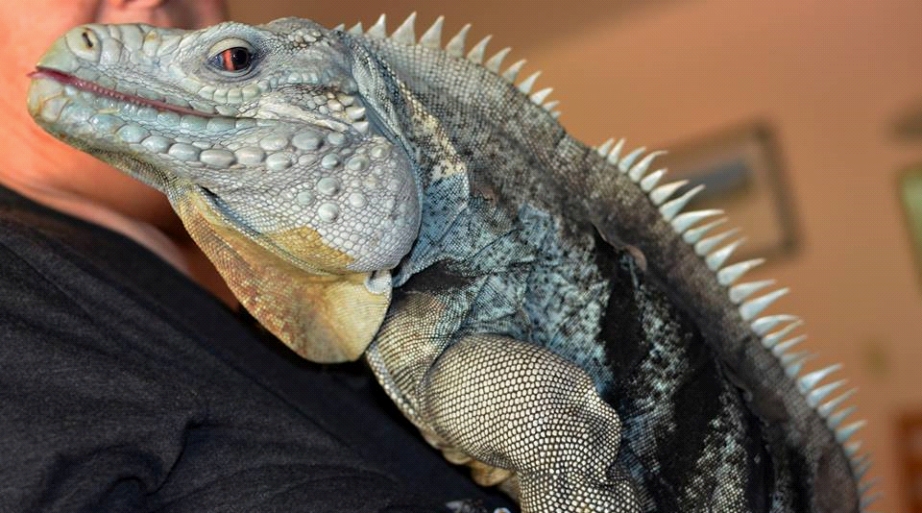 Almost 70% of families in the US have pets. I suspect with the pandemic that percentage may have increased. I, of course, have a household filled with pets.

Mine don’t have fur, like the more familiar cats and dogs–they have scales. Yes, my pets are reptiles.

In addition, I have two pets that I’m not allowed to keep at my house by local ordinance, although I wanted to. I also have two horses. Fortunately, they live in nice stables not too far from my house. It’s probably better for them since they are surrounded by other horses and people who can help care for them.

Reptiles aren’t the only unusual animals kept as companions. People bring rodents, birds (large and small), fish, even snails, into their homes as pets!

It’s nice to know that people can love unusual animals, too.

So, get out there and caress that shell, scratch under that scaly chin, or brush their hair with your fingers.

Love your pets, not only Saturday, Feb. 20th, but every day.

Here are some of my other companions.

Book Note:
The rhyming stanzas of Myrtle’s picture book are loved by preschoolers and their parents and grandparents alike! Learn all about the many differences between tortoises and turtles, while making it fun!
And never, ever, call Myrtle a turtle! She is a proud red-foot tortoise. 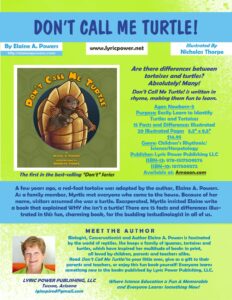 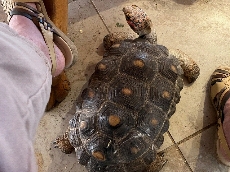 Do you have a favorite footrest in your home? Putting one’s feet up is so relaxing and relieving. The cushioniest footrest in my house is the one that came with a comfy chair. Simple, functional, the perfect height, very practical.

My favorite footrest is covered with a needlepoint I stitched many decades ago. I was living in Michigan, so the Canada Goose theme was appropriate . . . as is the snow. Lots of snow in the lake-effect region of Southern Michigan. I could cross-country ski right out of my garage. I don’t miss the snow now that I’m here in the Sonoran Desert. Snow here is just wrong to me.

My most recent footrest comes to me while I am writing at the table. I don’t even have to pick my feet up – she walks right under me.  She stops, not minding that my feet are resting on her shell. In fact, I think it’s her way of making contact.

If you want to learn more about tortoises, Myrtle, my footrest tortoise, has inspired a book Don’t Call Me Turtle and a number of workbooks at Lyric Power Publishing, LLC, where science education is fun! 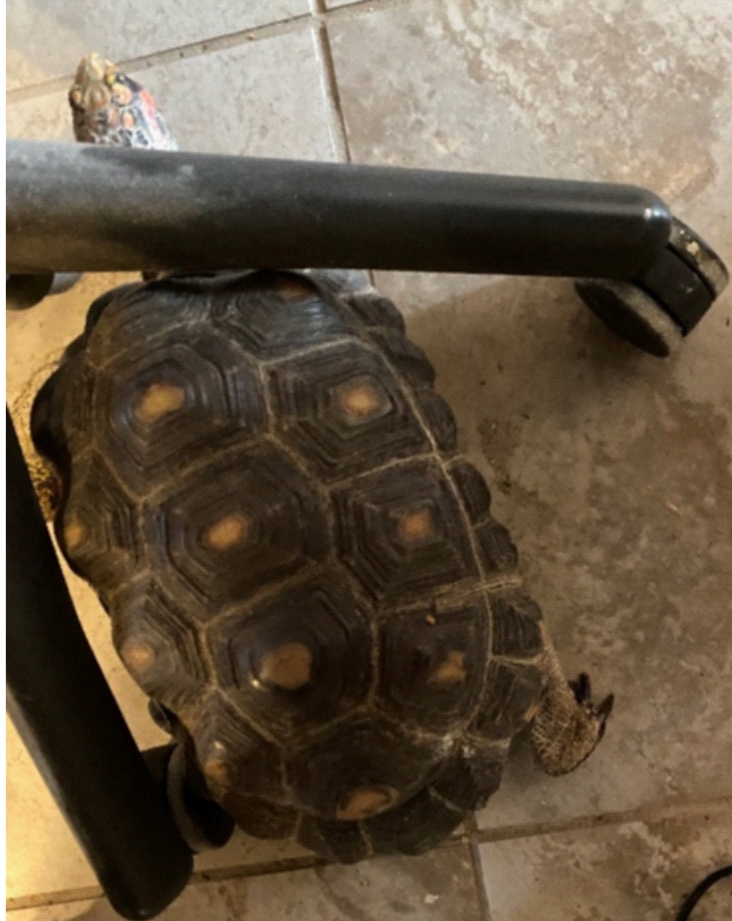 Note: This post was inspired by my friend, Don Fialkowski. I had complained about my tortoise, Myrtle, pushing on my chair.
My apologies to Aesop and his fable, The Tortoise and the Hare.

A tortoise was recently pushing on my chair to move it away from the table, over to where she wanted it, by the door.

“I’ll take you away from there,” she said with a mocking tortoise laugh.

“No,” I replied to the tortoise, “I’m going to sit here and write science books on my laptop. But I will lift my feet, so that you can push away.”

The tortoise was so amused by my idea that my weight would hold the chair in place that she agreed to the challenge. The iguana in the room, who had consented to act as judge, took her position as observer and told the tortoise, “Push!”

The tortoise braced herself between the spokes of the rolling wheels. I couldn’t see her beneath my seat, but I felt her shell hit the metal. She pushed and pushed, and I felt very deeply how ridiculous it was for her to try to push my chair away from the table. Confident, I returned to my typing.

The tortoise, meanwhile, kept steadily moving, and, after a time, pushed the chair slightly away from the table. I quite peacefully continued to type until I had to stretch so the tips of my fingers could reach the keyboard. It was too late then. I realized I couldn’t stop her progress. The next push and I couldn’t reach keyboard anymore.

The tortoise had won the battle of the chair, proving the old adage that perseverance pays off.

Below is the book Myrtle asked me to write: Don’t Call Me Turtle! It tells about the differences between tortoises and turtles and there are many! A favorite of preschoolers and their grandparents!